The God of Abraham, Isaac, and Jacob exists and He created the world and all that is in it – and it was good.

Man’s disobedience allowed evil a foothold in God’s perfect creation, resulting in a world fallen from its original state of goodness and the fall imparted a sin nature into humanity, separating all people from God.

God has provided for the redemption of mankind through the obedient sacrifice of His Son, Jesus. We believe redemption is available to all mankind as a free gift, based solely on faith, and not as a result of works. We believe Jesus will soon return to redeem the world and to restore its state of goodness.

Righteousness exalts a nation, but sin is a disgrace to any people.

The Civil Society - Based on a Moral Order

The Founders designed the Constitution of the United States of America to provide a framework that would allow the maximum individual liberty, while restraining evil men and government with the rule of law. To achieve this, the Founders relied on the civil society as a foundation of the republic. The civil society presumes that most citizens would agree to a moral order and would in most circumstances govern their own behavior in accordance with the principles of morality. Morality as the Founders understood it is informed by Judeo-Christian principles, i.e. the Biblical Worldview.

"Our Constitution was made only for a moral and religious people. It is wholly inadequate to the government of any other.” [John Adams]

“Let us with caution indulge the supposition that morality can be maintained without religion. Reason and experience both forbid us to expect that national morality can prevail in exclusion of religious principle.” [George Washington]

“Liberty is the prevention of control by others. This requires self-control..."

"Liberty is not the power of doing what we like, but the right of being able to do what we ought."

A Fork in the Road

The signs are clear, the problems in our nation are increasing: drug use, children born out of wedlock, single parent families, gender confusion, and 60 million babies killed. God will not be mocked. If we do not turn back to Him as the source of the moral order upon which the civil society rests, then He will give us over to our own desires. We can clearly see that he has given us over to the foolish and corrupt political leaders our sinful hearts crave. We only have to look to the Old Testament and the corrupt kings of Israel and Judah to see that this does not end well.

There is another way. Revival. If you are a Christian, we suggest you get on your knees daily and pray to God for a revival. At least twice in the history of this country, and once in Great Britain, the descent of the nation into sin and decadence was halted by a revival. The results of these 3 revivals include:

It is our firm conviction that without Revival, God will give the United States of America over to judgment. May the citizens of this nation choose wisely.

If I shut up the heavens so that there is no rain, or if I command the locust to devour the land, or if I send pestilence among My people, and My people who are called by My name humble themselves and pray and seek My face and turn from their wicked ways, then I will hear from heaven, will forgive their sin and will heal their land. 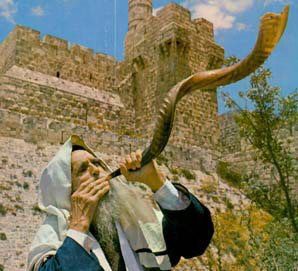 “Now as for you, son of man, I have appointed you a watchman for the house of Israel; so you will hear a message from My mouth and give them warning from Me. When I say to the wicked, ‘O wicked man, you will surely die,’ and you do not speak to warn the wicked from his way, that wicked man shall die in his iniquity, but his blood I will require from your hand. But if you on your part warn a wicked man to turn from his way and he does not turn from his way, he will die in his iniquity, but you have delivered your life." (Ezekiel 33:7-9)

Our country is on the brink of disaster, but we are not without hope - God may yet deliver us. At Pray Stand Act believe God has called us to be watchmen. We do not know whether people who hear our message will respond or not. Our task is simply to be faithful and obedient to the word of God.

We Serve the Lamb

Pray-Stand-Act does not endorse candidates for elected office. We serve neither the donkey nor the elephant. We serve the Lamb.

Nothing that is posted on this site should be construed as an endorsement for any candidate. That being said, Patti and I reserve the right to personally endorse candidates that we believe will best represent Biblical values and principles. Should we choose to endorse a candidate, this will be strictly a personal endorsement and in no way reflects an official endorsement by Pray Stand Act.

Credit for the Elephant, Donkey, Lamb quote is to Todd Wagner and Sammy Rodriguez - both have used it and we are not sure who used it first.